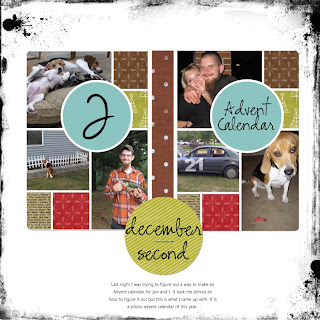 Well I have been a little busy this week but I have finished 4 more pages for my December Daily Project.

December 2nd:
I was trying to figure out a way that I could make an advent calendar but instead use photos. It took me about 2 hours to figure this out. But the time I was finished with all of the day leading up to Christmas I started to print them on 4X6 photo paper. Well that ended up to be bad. The template that I was using was an 8X10 and it was printing out funny and cutting the photos. So then I gave up. So I have a digital advent calendar instead. 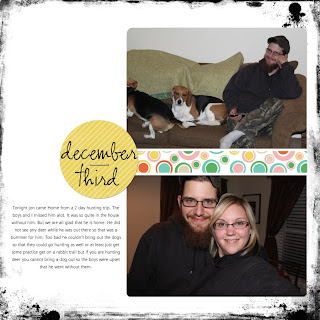 December 3rd:
Tonight Jon came home from a hunting trip up North. It was great to have him back home with me and the boys. He didn't have any luck. Hopefully he will have some luck on Sunday when he goes back out with his cousin. Later that night we hung out with some of the neighbors. Jon and I took some funny photos tonight. It was a blast. 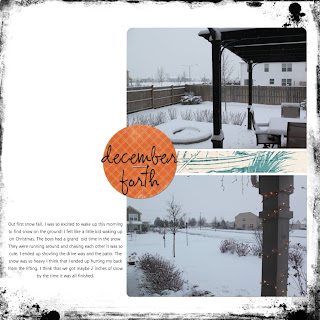 December 4th:
Today was our first snow fall. It was so pretty. I think that we ended up getting around 2 inches. The boys had a blast in the backyard running around and playing! Later that night we had our friends from up north stop by and hang out. It was great seeing them. Jon also changed oil on our neighbors car while he was out of town. I also took care of one of our neighbors dogs while he was out of town! It was fun. I brought his husky named Koda over to play with our dogs in the backyard. hank really like Koda since he chased Hank but Shooter wanted nothing to do with Koda but that is typical of Shooter. 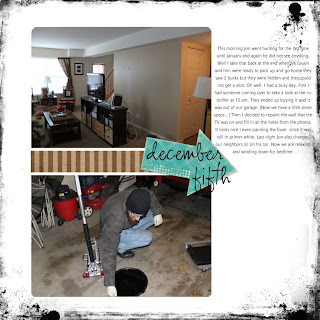 December 5th:
Today was a busy day for me. I ended up painting the wall where we put the TV again since we missed some spots when we originally had painted it. I had also fixed all the nail holes that were in the wall from my photo frames. This took me almost the whole afternoon to finish. But it looks great and I did not even use any painters tape on this! Jon came home this afternoon from his last try at hunting deer. he and his cousin had no luck. Hopefully he will have some luck in January. Now we are just relaxing and watching TV.