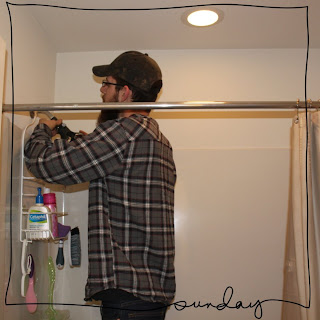 Yesterday we went to look at Bass Pro Shop to look at training collars for the boys. We could not figure out which ones that we wanted since they are so expensive.

Then we went to Home Depot to look again at Shower heads. We ended up picking the Delta Traditional In2ition  Two-in-One Shower. We picked this one since we both like the rain shower head and I was having issues giving the dogs a bath with just the rain shower head. This one is the best of both worlds. I think that the pressure is so much better with this one than the Kohler Shower head that we got with the house.

After Jon put this in the shower we went to his friends house for the Super Bowl Party that he was throwing. It was a lot of fun. I was not really interested in the game only the commercials. I do not think they were as good this year. Hope everyone had a great weekend!