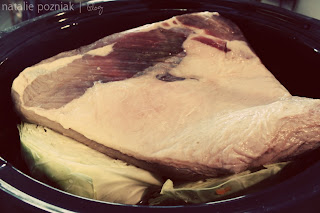 I got up early this morning to start the Corned Beef that we are making for Jon's Dad. We thought that would be a nice surprise for him. I was able to clean most of the kitchen so that it was spotless except the stove. I always dread cleaning it for some reason. I had an appointment at 12:30 to try on my bridesmaid dress at David's Bridal for my girlfriend's wedding. I went to the place only to find out that the appointment was for 2:30 not 12:30. I was a little upset but nothing I could do... 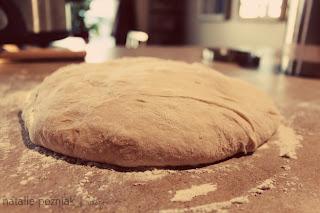 I wanted to try and make some Yeast Rolls this afternoon. So I got the mix all ready before I had to head back to David's Bridal. I do not think that they turned out how they were suppose to since I followed the recipe to a T and the dough was really really sticky. I ended up putting more flour than the recipe called for and they ended up too dense I think. 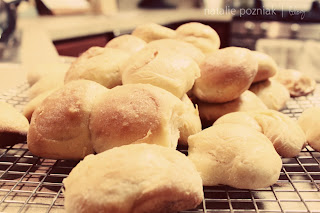 Oh well. They tasted better with some butter on them. I think that I will have to try another recipe and try again. Tonight we took the boys for a walk They were so happy that they were able to be outside. Only thing is they were outside all day when I was home. Silly boys. 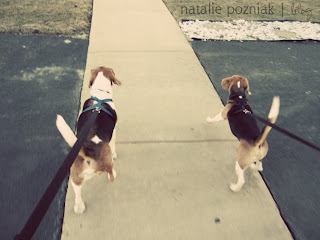 We went for about a half hour walk. Thinking that it was warmer than it was we were freezing by the time we got back home. At least the boys had fun. I think that Jon and I will have to walk them more often once it gets warm out again. I did a little more cleaning once I got back form the store and finished up right when Jon got home. Well better finish dinner so Jon is not starving!