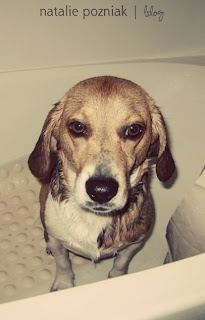 Yesterday was a buys day. I cleaned the house, got my dress for a wedding in July, cooked dinner, and gave the boys a bath. We ended up getting a shower head that is a hand held on as well so that I would have an easier time washing the boys. I think that it scared them too much and they were more freaked out than normal. But at least they are nice and clean! 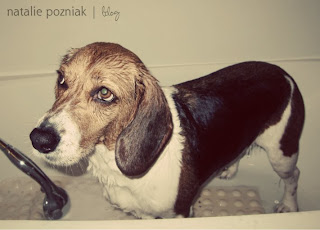 As you can see from the photos Shooter and Hank were not too happy about getting a bath... 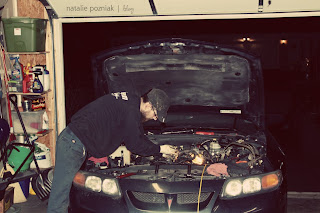 Jon ended up having a side job last night as soon as he came home from work. Poor guy but it's an easy way to make some extra cash. He worked on it for a couple of hours. He finished up around 8ish last night. 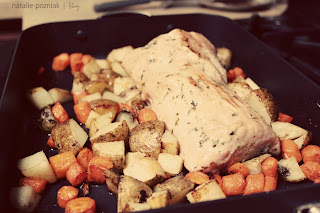 For dinner I made a Pork Loin with Roasted vegetables. It was tasty. I think this one turned out much better than us cooking the Loin on the grill. Usually it turns out really dry. But by cooking it in the oven it was nice and most.