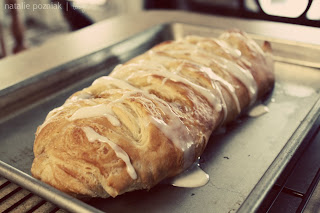 Today was a very productive day. This morning I baked a Cinnamon Braided Bread. I did not try it but it looks yummy. I thought it would be a nice snack that Jon and I could have during the week. 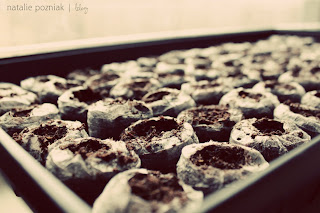 We finally took down our Christmas lights. I know they should have been taken down a LONG time ago but today was the first day that seemed nice to take them down. Jon and I went to Wal-Mart to take a look at the vegetable seeds that we would want to grow this year in the garden. I also, picked out some annuals and perennials to grow this year as well. I started the flowers early by just a week so hopefully I will be able to then grow some more and plant then later in the year. 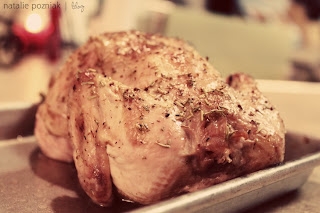 For dinner tonight we had Cornish Hens with Roasted Vegetables. I used two different recipes to come up with tonight dinner but it turned out awesome. 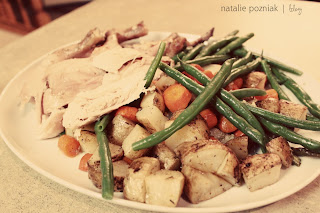 Here is the finished product. Yummy! I was so full by the time that I actually ate the Cornish Hen. I think this is my first time eating a Cornish Hen and it was pretty good. I likes it since it is mostly all white meat. Not sure if Jon liked it as much since he likes dark meat.
Try a photo challenge too!
The Simple Things
The Sunday Creative
Scenic Sunday