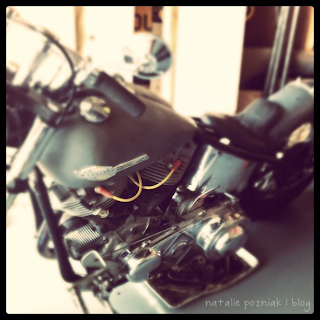 I found this great App from the iPhone Instagram. It is an awesome app. I took this photo of Jon's bike in the garage. 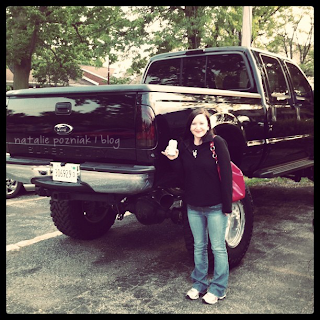 Later Jon, Nick, Kim and I went to the local car show that in Plainfield. It was great. We found this Huge Truck that I had to get Kim's photo in front of it. I even saw my old car there an Alero in gold! It was funny to see that car there in the car show but people have different ideas when it comes to cars... 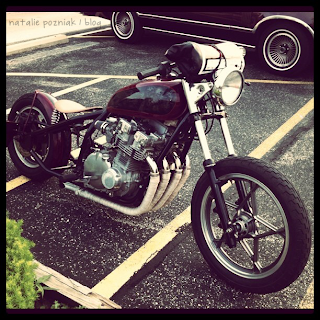 Jon rode the bike that they are trying to sell out to the car show. It was in a good spot so I hope some people took a look at it and liked it. We shall see if we get any calls later this week. Keeping my fingers crossed.