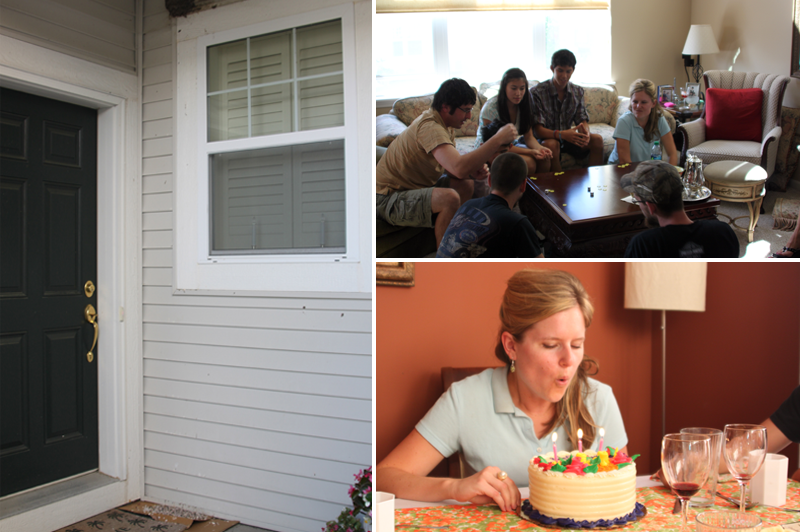 We had an eventful day on Sunday since we stayed at our friends house the night before. We went to Bass Pro Shop to look around with our friends. At the Bass Pro Shop you could go in all the boats that they had on display. It was neat to see what Jon and I would like to get and actually get to be in the boat versus the Bass Pro Shop by us you can only go into the pontoon boats. Later we went to his mom's house for an early dinner and to celebrate his sister's birthday. It was a blast hanging out with everyone that day. His mom's neighbor had this bird nest at their front door. They had a piece of cardboard on the ground to collect the bird poop. Gross! I think that they need to get rid of it. 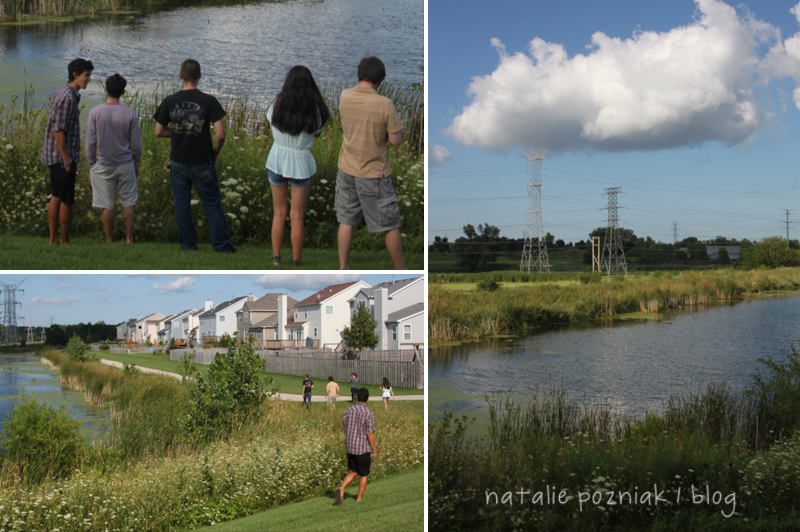 Later that night we all headed to the pond to it check out. The pond really smelled bad from the weeds in the water. Everyone went to look for frogs. Not sure if they found any since I stayed back because of my foot. It was too far of a walk for me. 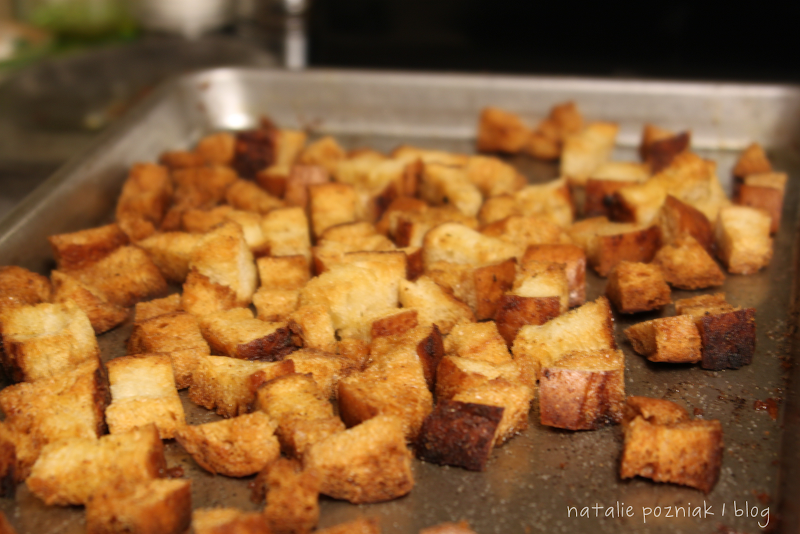 I ended up making some croutons this week since I ran out of them. I was so disappointed when we had salad for dinner. When Jon and I went to the grocery store this week I found this Garlic Parmesan French Bread that was on the "Oops we made to Much" rack at Wal-Mart. I think this was the best batch yet that I have made. I need to save some for Michelle and my Mom since they LOVE them. 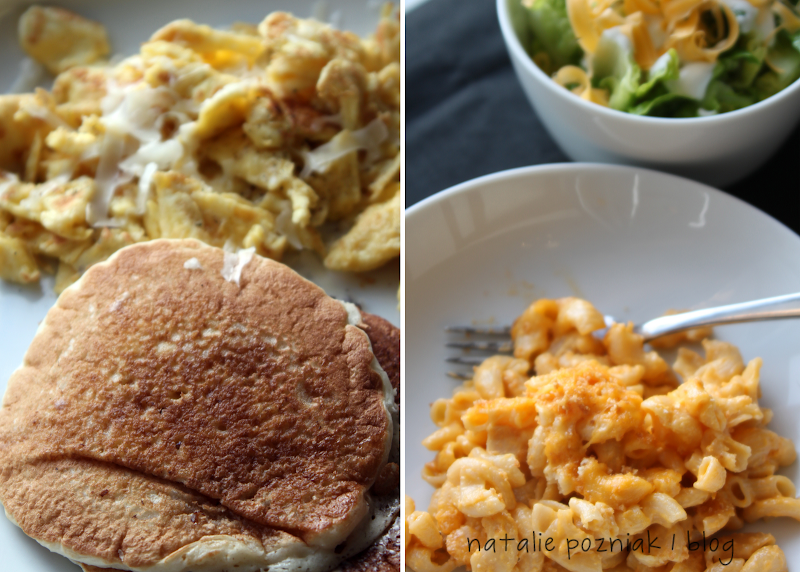 One night since we had not gone to the store yet we had pancakes with scrambled eggs. I was not sure if Jon would like it since he is not an egg person. He ended up putting ketchup on the eggs and he said that it was better with that. I laughed when he told me that. I was happy that he liked it at least. The next day he had asked if we were going to have pancakes again for dinner. 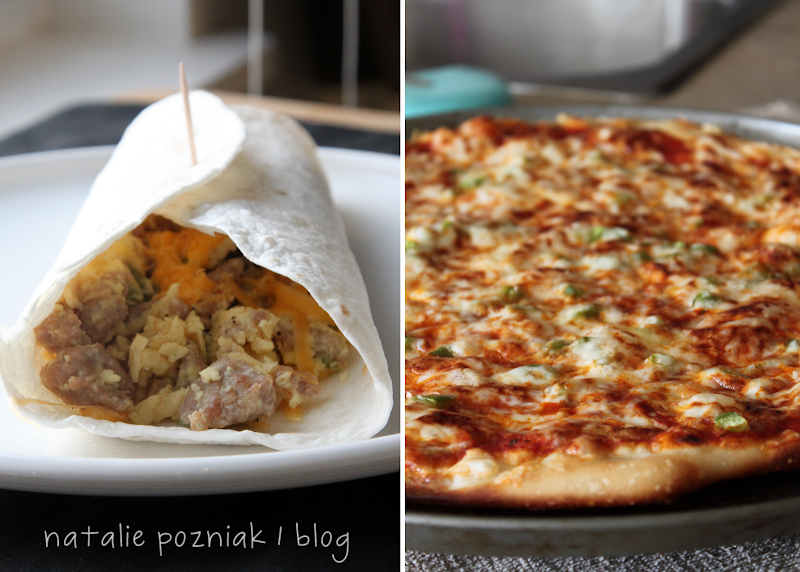 For another night we ended up having scrambled eggs in a breakfast burrito. I had pulled out some ground breakfast sausage from our pig that we got a while back. There was so much left overs that Jon was able to have a couple of breakfasts from it. Which was a good thing since we hardly have any breakfast anymore for some reason. I never get hungry until maybe 11:00am. I know its bad but I am just not hungry. I love making homemade pizza. Jon has always been better at rolling out the dough than me so that has been his job recently. This time the crust was perfect nice and crispy. 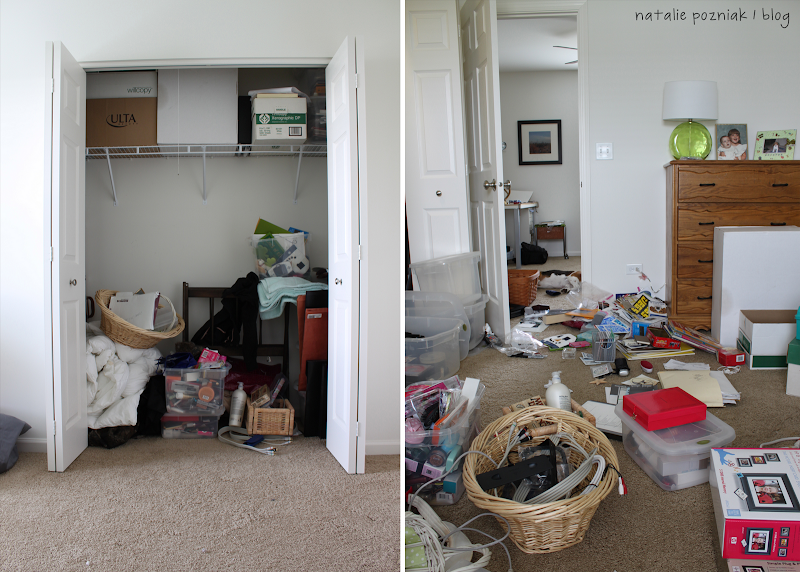 I finally started to work on the second bedroom closet. I have been putting this off for so long. I ended up finishing it but there is still a lot of things that do not have a home. I sent Jon a photo showing him what I was doing and he thought that I was crazy. We had way too much in there. Now there is hardly anything in there and I emptied out 3 big bins of stuff. That felt good to put empty bins back in the closet. 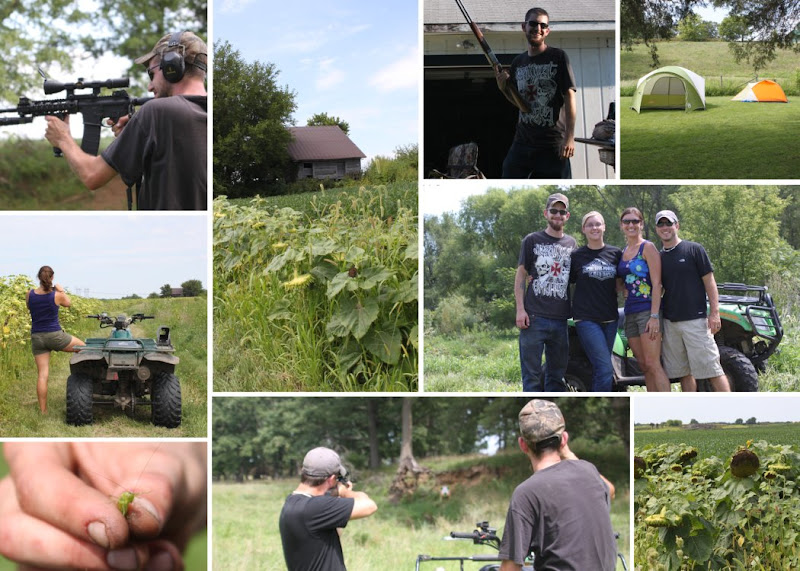 We ended up hanging out with our friends this week. It was a blast! We had so much fun with them. We ended up camping on his parents property. We went four wheeling and shot some guns. It was a great time. I was shocked that the time did not fly by. It was almost like time stood still when we were with them. Four wheeling was fun. This was the second or third time for me so I was still not too sure of my self but I got the hang of it. 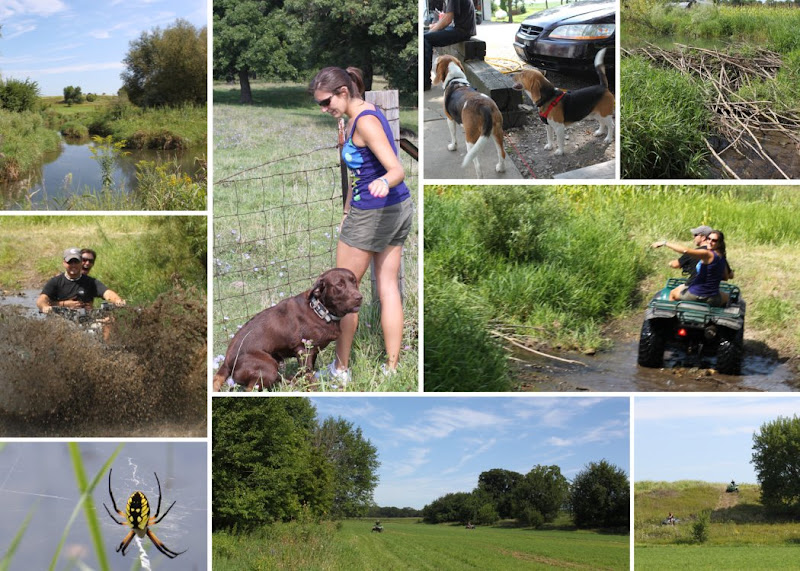 While four wheeling we went through some standing water. Jon was not too happy with me since I brought the goos camera with us on the trip. He wanted to get soaked. Sorry honey... Christina took me down this steep hill with the four wheeler and I guess I creeped up to the edge and once I started to go down I starting screaming her name. The boys laughed at me. We saw some strange spiders out there. They are called Banana Spiders. There were about 8-10 of them all along the stream. It was creepy! 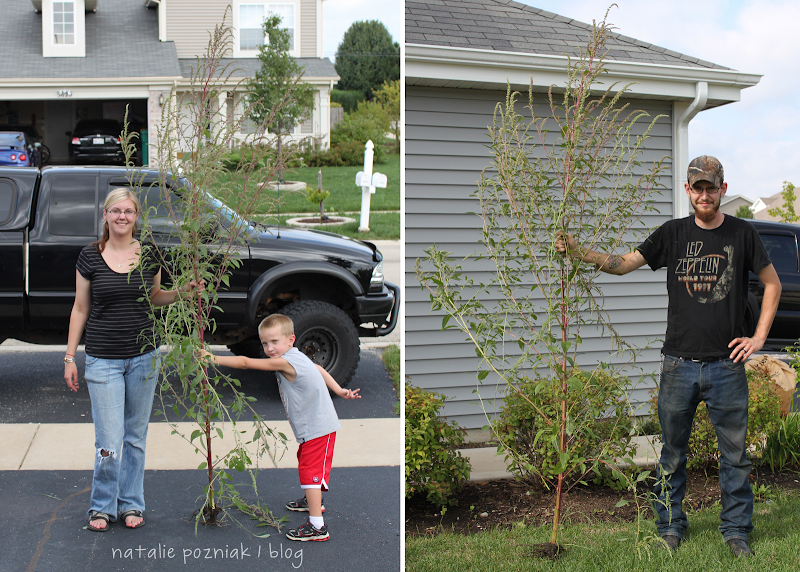 I found this weed on the side yard flower bed. I saw it a couple of weeks ago but I did nothing. Then I told Jon that we needed to pull it and he told me that we needed to wait until it rained since it helps. I could not believe how tall this weed was. Our neighbor kids wanted to take it home and plant it in there yard. It was cute. Well it was been a great week. Hope everyone had a great week as well. What exciting things happened to you this week? Till next week!