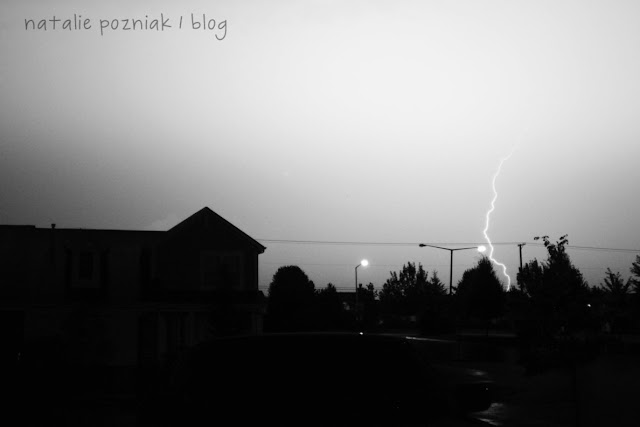 Last night we had a thunderstorm roll through. Jon, the boys and I were in bed when it started. I ended up waking up Jon to head out to the garage to watch the storm. Just like my Dad always did. I wanted to capture the lightning so I ended up taking like 400 photos which only 4 were actually showed the lightning. This was one of the better ones. I hope I can figure out how to take photos of lightning soon since we have great shows. Shooter and Hank were freaked out so we locked them in the bathroom thinking that since they would not see the lightning they would be better but that was a bad idea. When we let them out there was a puddle by the door of drool. Poor puppies! 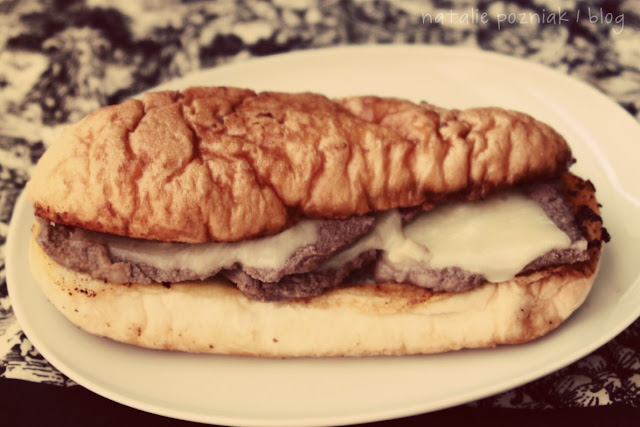 Jon texted me after work asking if we could make his mom's Philly Cheesesteaks. The whole house smells like them. They were really really good. Good thinking Jon. Now hanging out in the garage with our neighbor.