A New Week with New Adventures 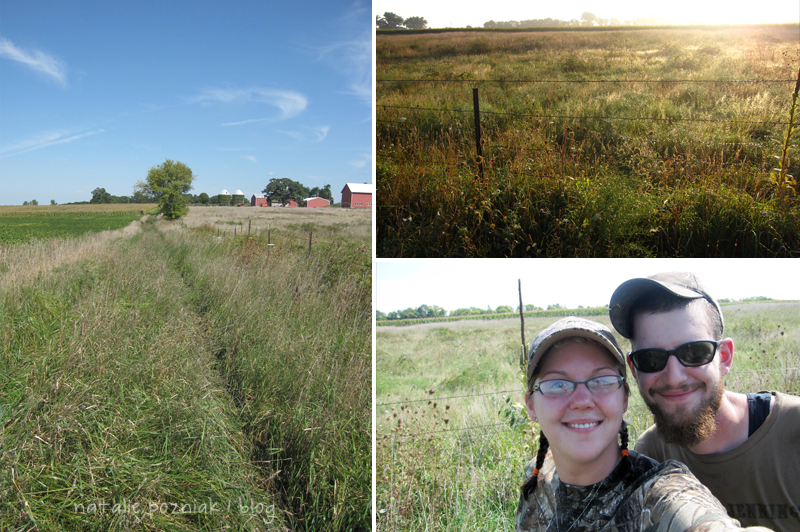 Sunday Jon and I went out to the farm. Shooter and Hank stayed home. This was the first year that I was able to hunt with the boys. I was really nervous for some reason! I had no clue what I was doing in the field. But I got the hankg of it and it was a lot of fun! We ended up putting Jon's tree stand up as well when we were out there. I love this farm! I did end up getting a squirrel but it is so thickly out there that we could not find it... I was the only one who got anything out in the field. YEAH for me! 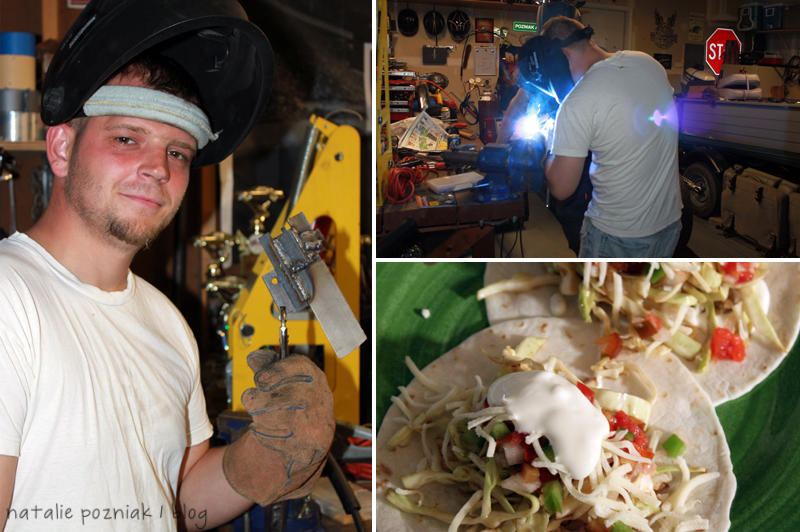 Jon taught our neighbor how to weld this week. Here is his creation. It was fun to set some one learn something for the first time. I remember when jon taught me to weld. It was a lot of fun! We ended up having fish tacos for dinner. They were so good. I think that I have found a new recipe that I love! Surpirsing since I do not eat fish that often! 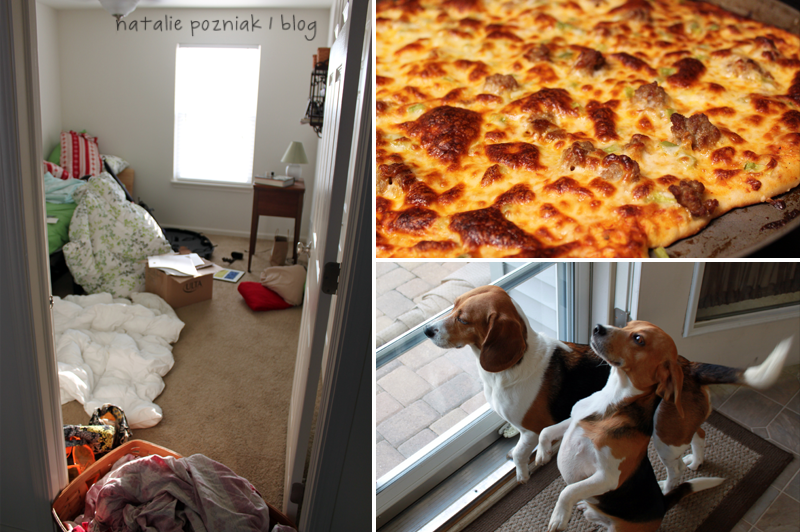 I had to clean the second bedroom again this week. It started to get out of control again. So I cleaned it up again and now it looks great. I still have more to put away but it is better than it looks in this photo. Now all we need to do is get another tiwn bed and a frame for the day bed and we will be set. 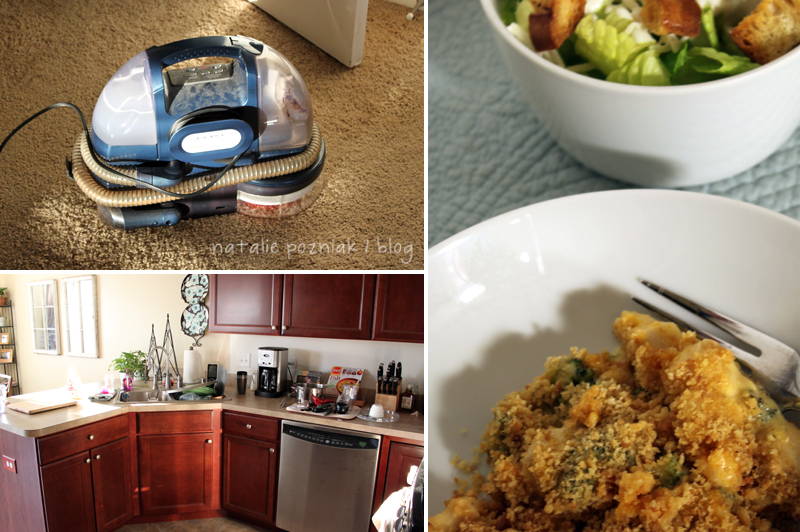 The house was a mess when I came home this week. The dogs throw up twice that I had to bring out the spot bot to clean it. I alwasys come home to surprises... Silly dogs. They keep me on my toes all the time. I tried a new recipe that was really good. I think that we needed alittle more chicken and broccoli in the dish and it would be perfect. 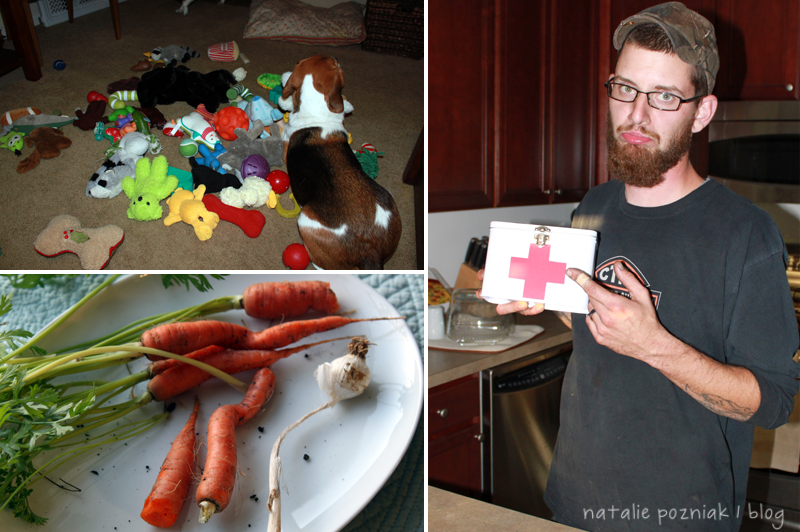 Jon and I went through the garden planning for next year and seeing what actually took and what did not. We got carrots and one garlic clove. I was surprised that we got any garlic this year. Last year we planted garlic and nothing came up. Later that night Jon was working on his bike and ended up cutting his finger. Thank goodness for the first aid kit! 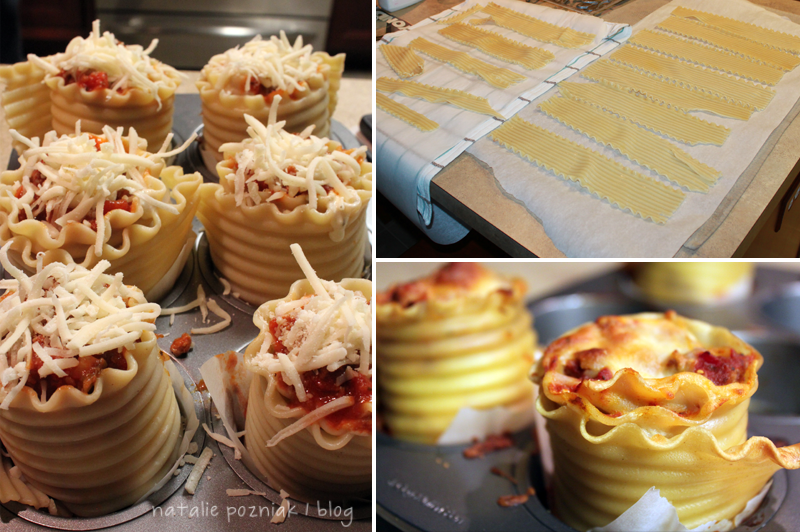 Friday night Jon and I made Lasanga Cups for dinner. I did not know that it was going to be a long process to make them but they turned out aweome.  They were got good. Jon helped me throughtout the whole process of them. I think he had no clue like me how involved htey were. Will have to make these again on the weekend and freeze them for later in the week. 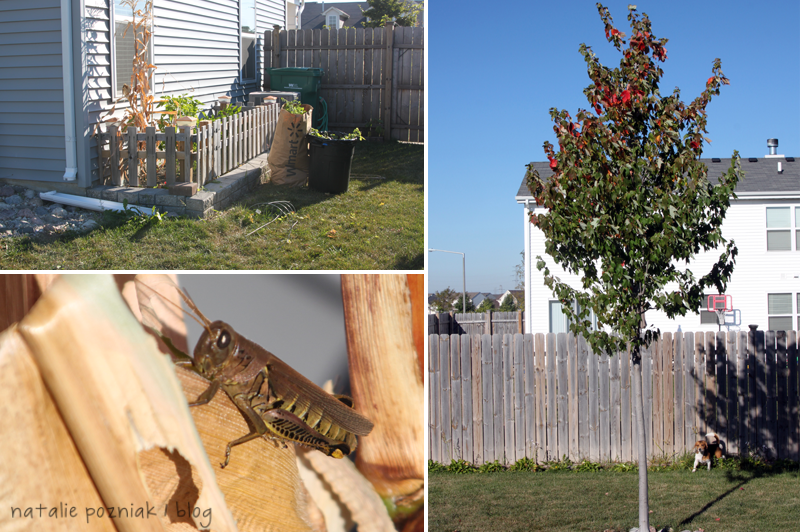 Saturday morning I got up early right after Jon left for work to clean out the garden. I ended up having an eventful morning. I had a spider that must have crawled up my pants and was on nylon thigh. I freaked out and ran into the house. Shooter and Hank were very concered and helped me get rid of the spider. Hank was trying to eat it after I shook it out of my pants. After that I went back into the yard to pull the corn stalks out and I found this grasshopper. I was done after that. I did not want anything to do with the garden anymore. Jon can pull the corn out this week. 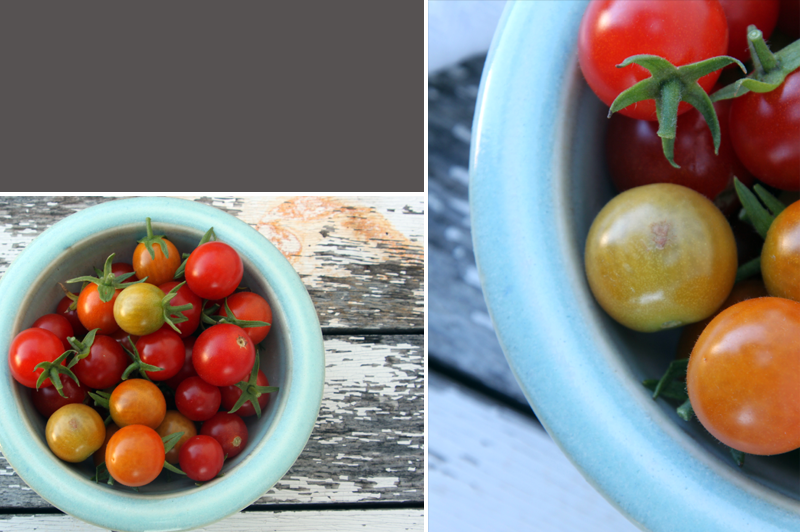 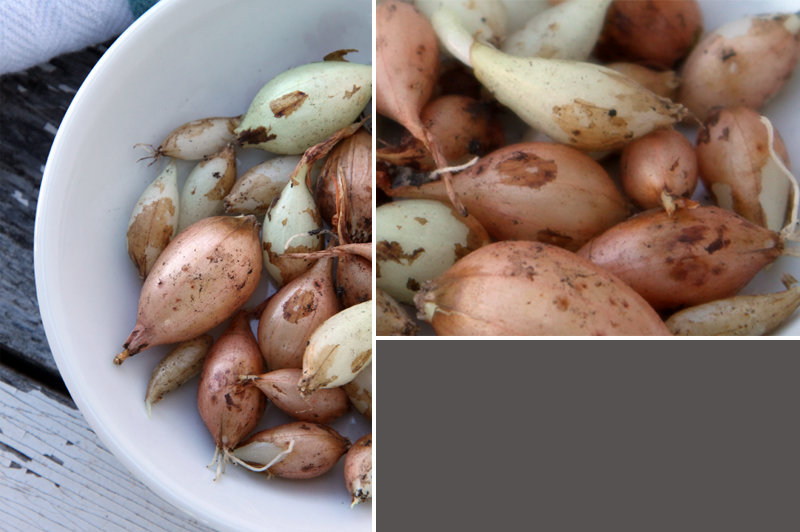 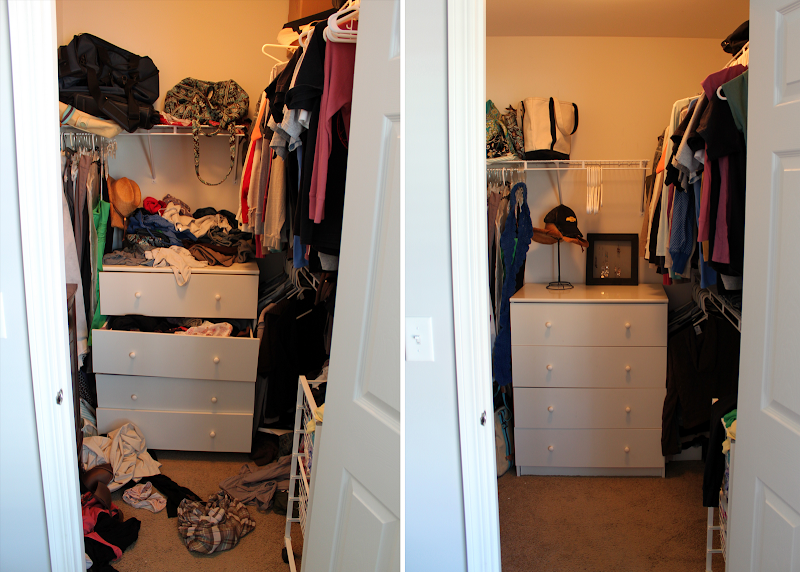 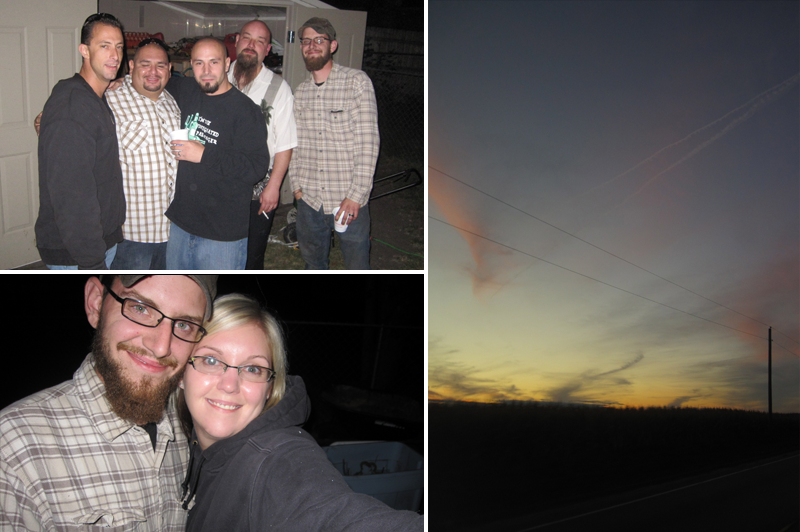 It was a great weekend. I wish it did not have to end. Had a great time hanging out with friends on Saturday night. Sunday will be busy. Heading up North to see the family. What did you do this weekend? Anything exciting? Off to spend time with hubby and the boys!