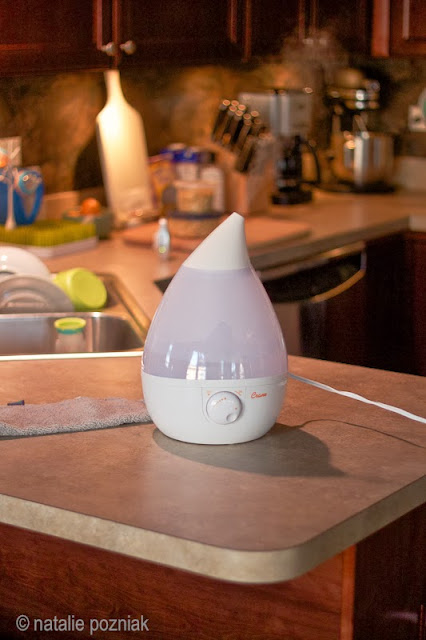 Friday was Jon and my anniversary. We went out to dinner at tgif Fridays. It was nice to sit down and eat and chit chat over the days events. We have been trying to stay on a schedule for Jase. So we have been giving him his last bottle around 7-8pm and then he gets a bath. We read 2-3 books and then it is off to bed. He seems to like it. Jon went hunting on Sunday but we have learned that we recently have lost our hunting spot. The new owners of the farm land said that there was no more hunting there anymore. So this year we will not have any fresh meat. I will have to start saving our money to stock up on some meat from the butcher. We have been using Jase's humidifier to get some moisture into the air... Ours broke last year for the house and we have yet to replace it. I think next week we will be being a new one... Hope everyone had a great weekend!